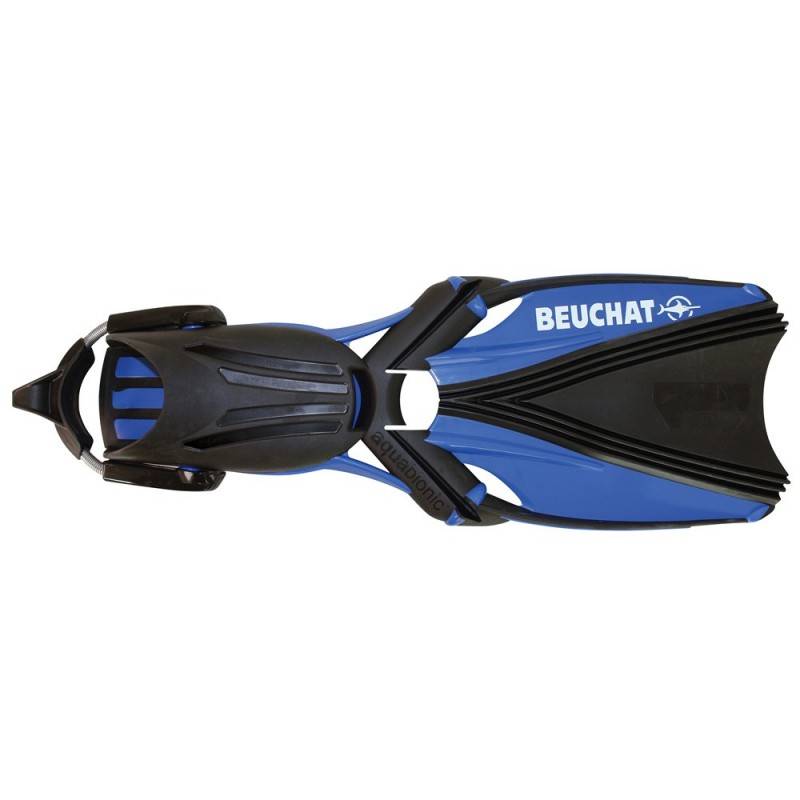 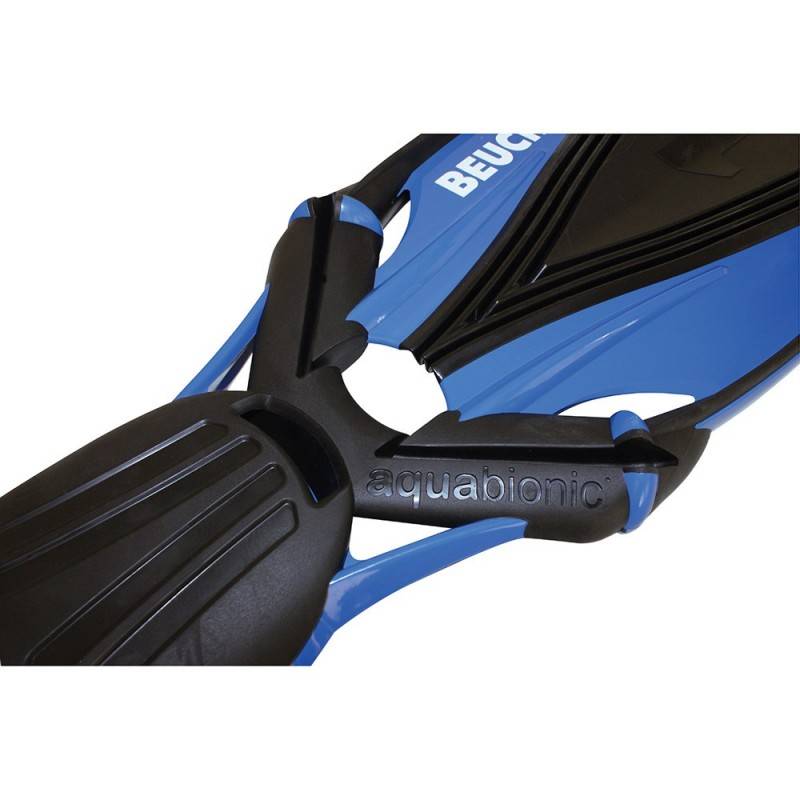 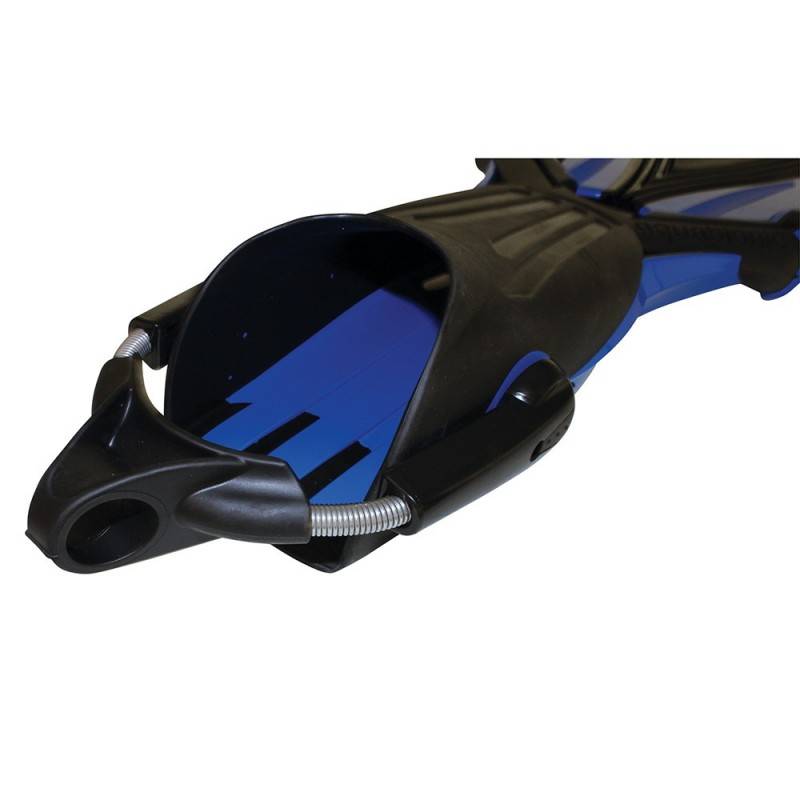 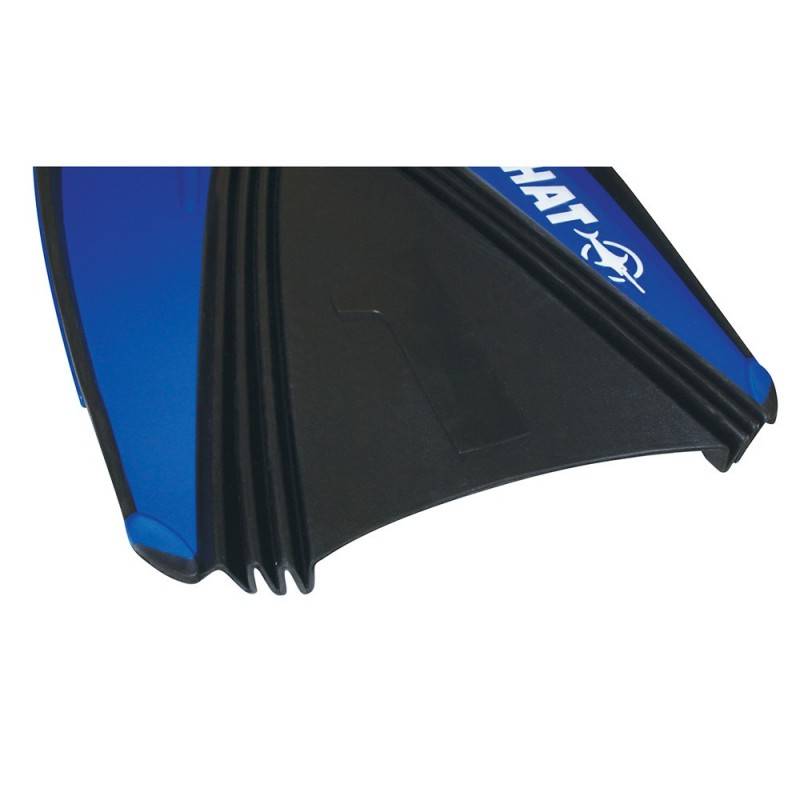 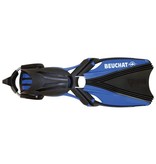 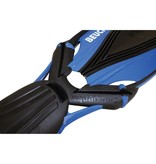 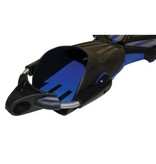 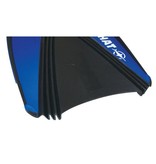 
Exclusive patented WARP Technology
The special 45° orientation of the double hinge increases the surface of the blade during the stroke and acts as an energy accumulator. The central deformable part of the fin allows the blade to accumulate a volume of water that is determined by, and proportional to, the effort produced by the diver. On returning to its original form, this mass of water is forced to the rear in line with the fin by the central membrane (shape-memory material). The Aquabionic fin thus outputs all the energy accumulated to deliver an effective thrust that considerably multiplies the initial effort made by the diver.
Result: The response of the fin varies according to the demand expressed by the power that the diver puts into their finstroke:
- Precise and easy-to-handle at low finning frequencies
- Powerful and reactive when needed

Outstanding versatility for all types of finstroke and at all levels
The design of the Aquabionic eliminates lateral spill by producing a directional thrust in line with the blade, making this the perfect multi-purpose fin.
Result:
- An excellent fin not only for the traditional scissors kick, but also ultra-efficient for frog kick or reverse finstrokes etc.
- A high performance fin for divers at all levels of ability

Number one for efficiency and comfort
By amplifying displacement velocity (or thrust) with less fin effort, WARP technology reduces air-consumption and hence the diver’s energy expenditure.
Result:
A comfortable fin that can be used all day long
Highly effective for propelling divers bearing heavy equipment with minimum air and energy consumption
Powerful enough to enable divers to deal with the most difficult currents and conditions 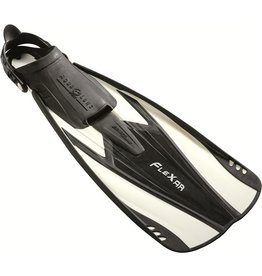 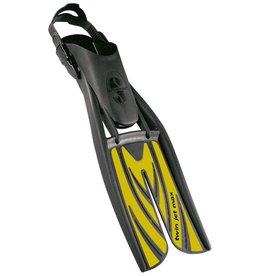 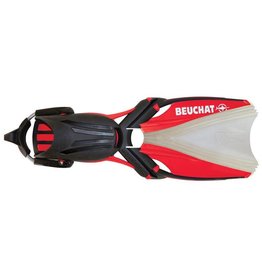 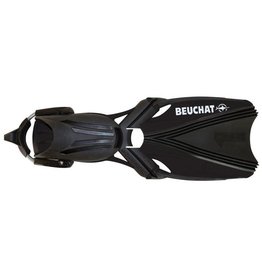